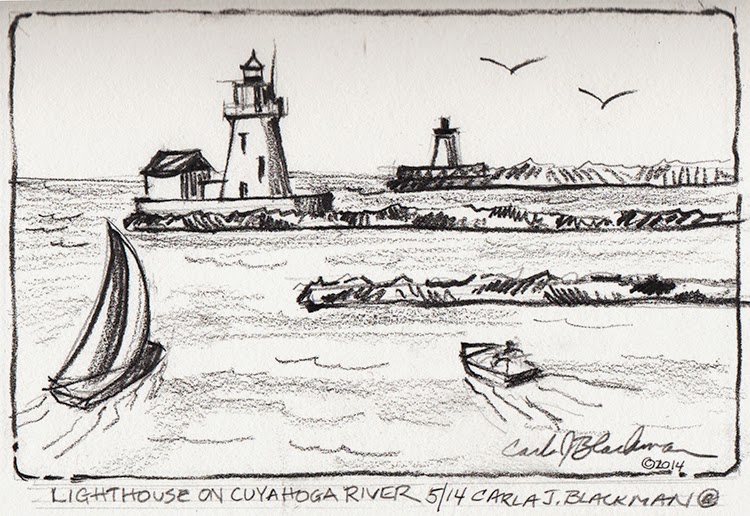 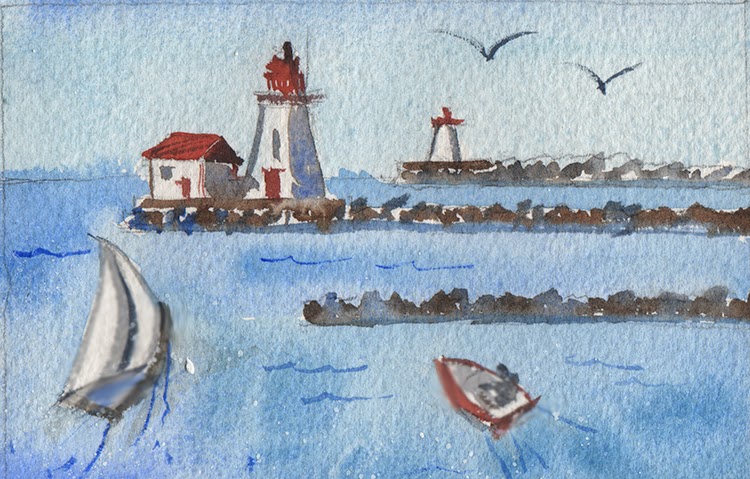 Wish you were there! It was a beautiful day to sketch at Edgewater Park on Lake Erie.
Posted by Carla Blackman at 12:30 PM No comments: 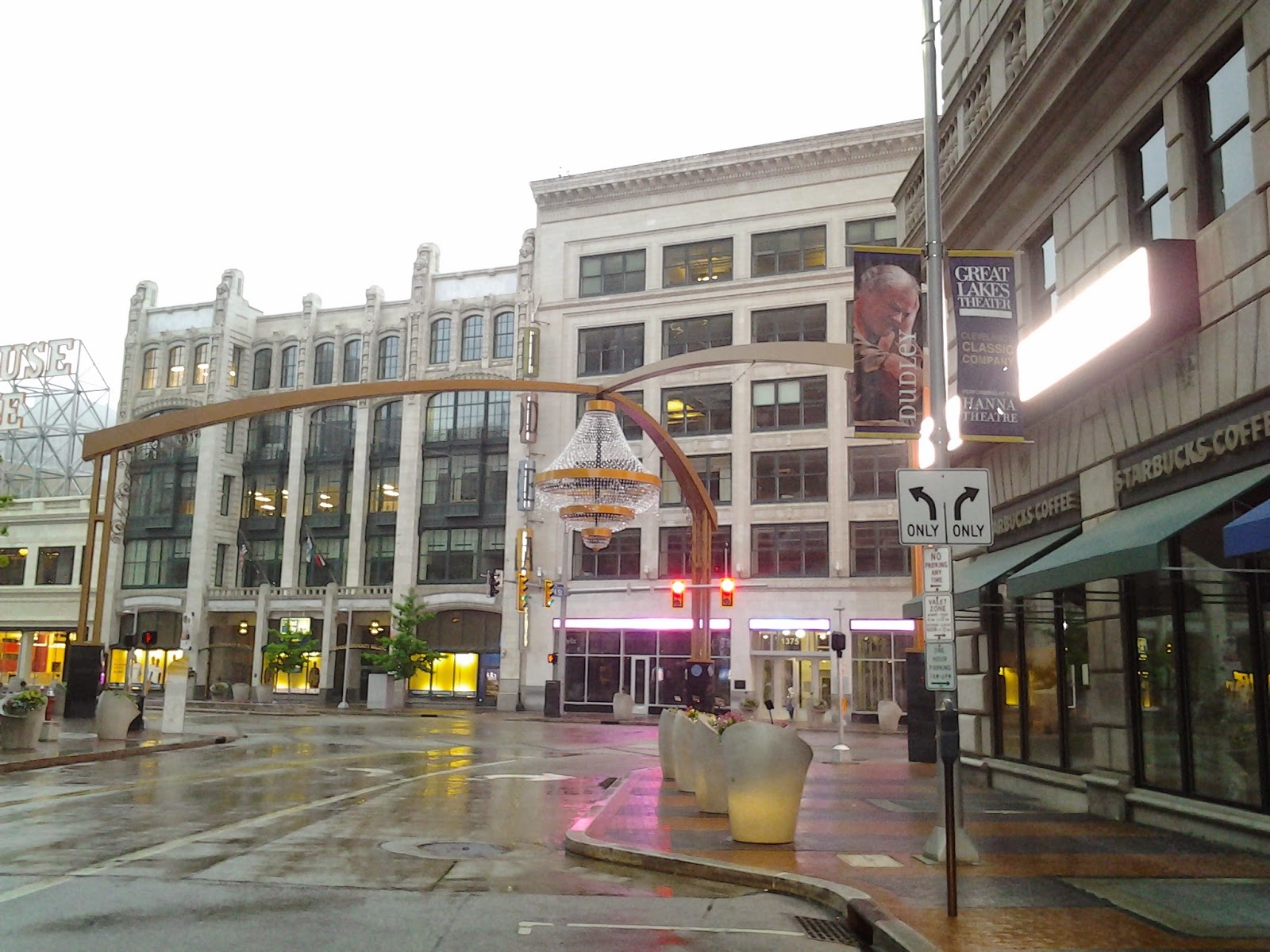 Join us for our next sketch outing.  We'll be at Playhouse Square to sketch the sites, including the new chandelier.

This event is rain or shine.  If it rains, we should be able to sketch the sites from inside the Starbucks.

We meet the last Sunday of every month from 2pm-4pm at different locations in the city to sketch.  Everyone is welcomed.  It's free and open to the public.  No prior drawing experience required.  Beginners are warmly welcomed and encouraged. 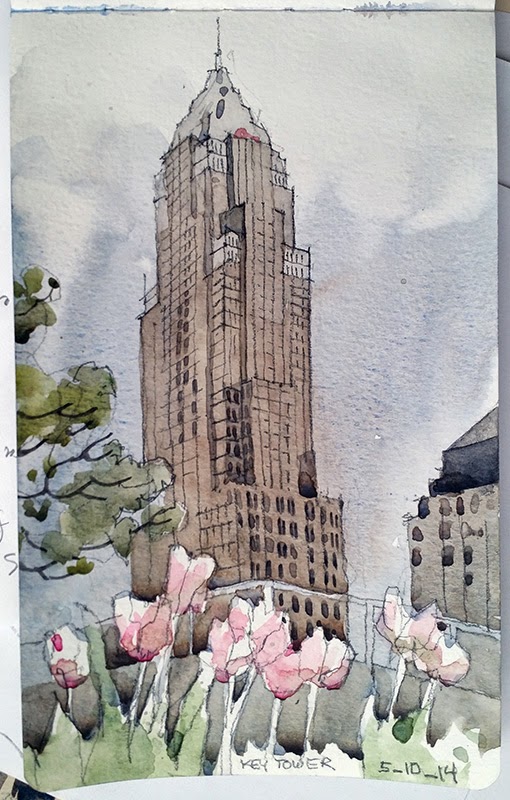 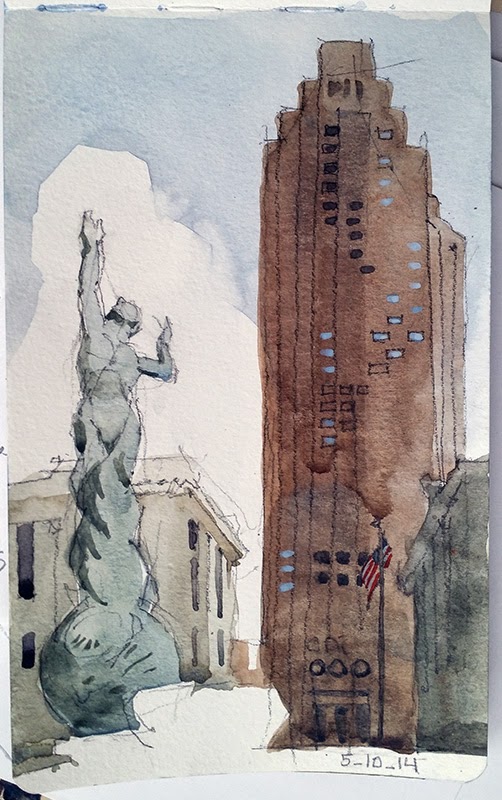 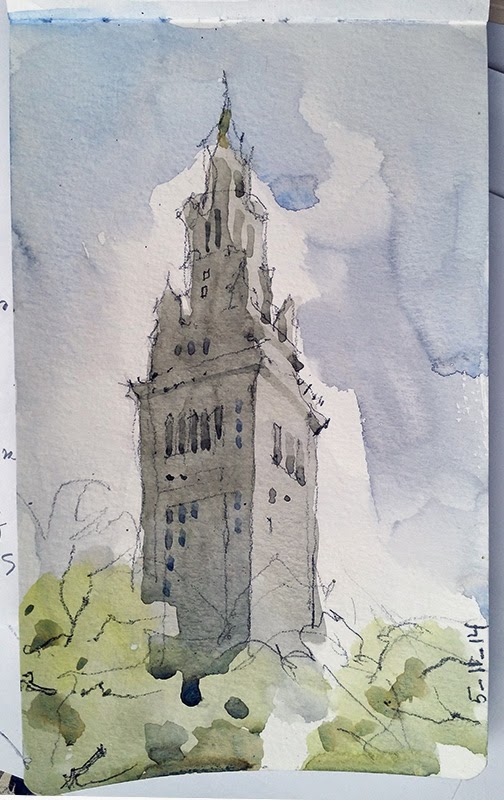 Here's some sketches in my Moleskine sketchbook from earlier this month.

Posted by Jeff Suntala at 12:38 PM No comments: 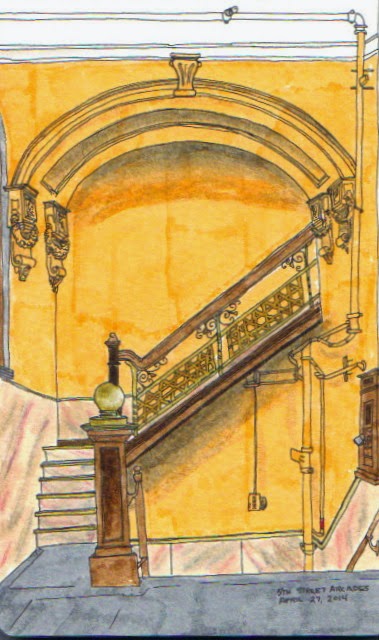 Here's another sketch from our sketch outing at the 5th Street Arcades (Formerly known as the Euclid Arcades, also formerly known as the Colonial Arcades).  We went Sunday afternoon, and we were still pretty surprised at the amount of people that come through there.  It is a good "cut through" to get from Euclid to Prospect.  I've been in there on Fridays, and it's pretty hopping at lunch time with the little food court (much better food options than Tower City's food court), the farmers' market, and all of the little shops open.

We should have sketched them, but they had these weird rolly/rocking chairs that almost looked like thumbtacks that we all took turns trying.  They were shockingly comfortable.

I'll be posting our next sketch outing in the next day or so, so keep watching here or find us on Facebook at Urban Sketchers Cleveland.  We'll be sketching the last Sunday of every month from 2-4pm.  Though, we'll have some ad hoc ones here and there based on special events or just when the mood strikes us.

Posted by Maureen at 5:42 AM No comments: